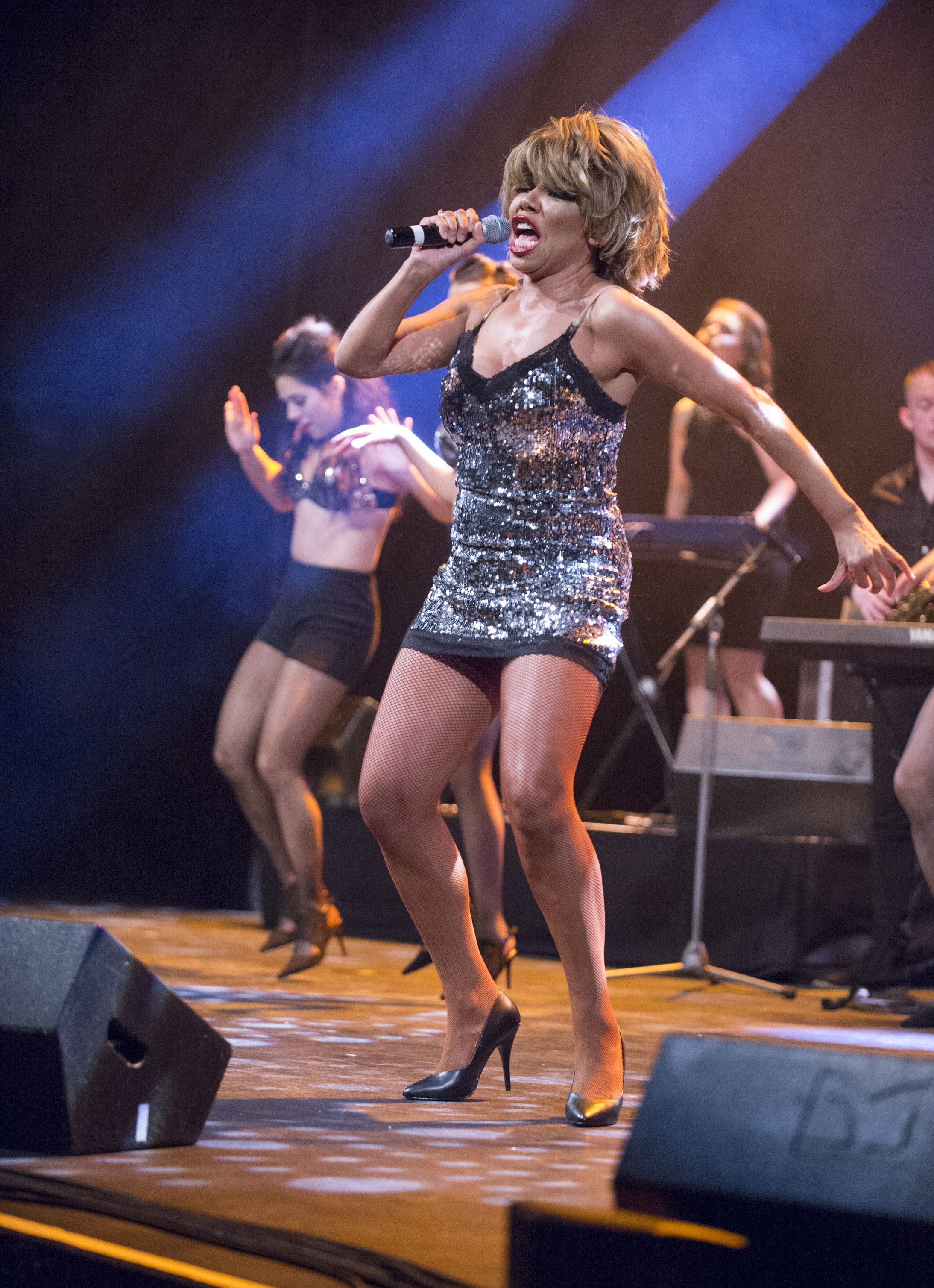 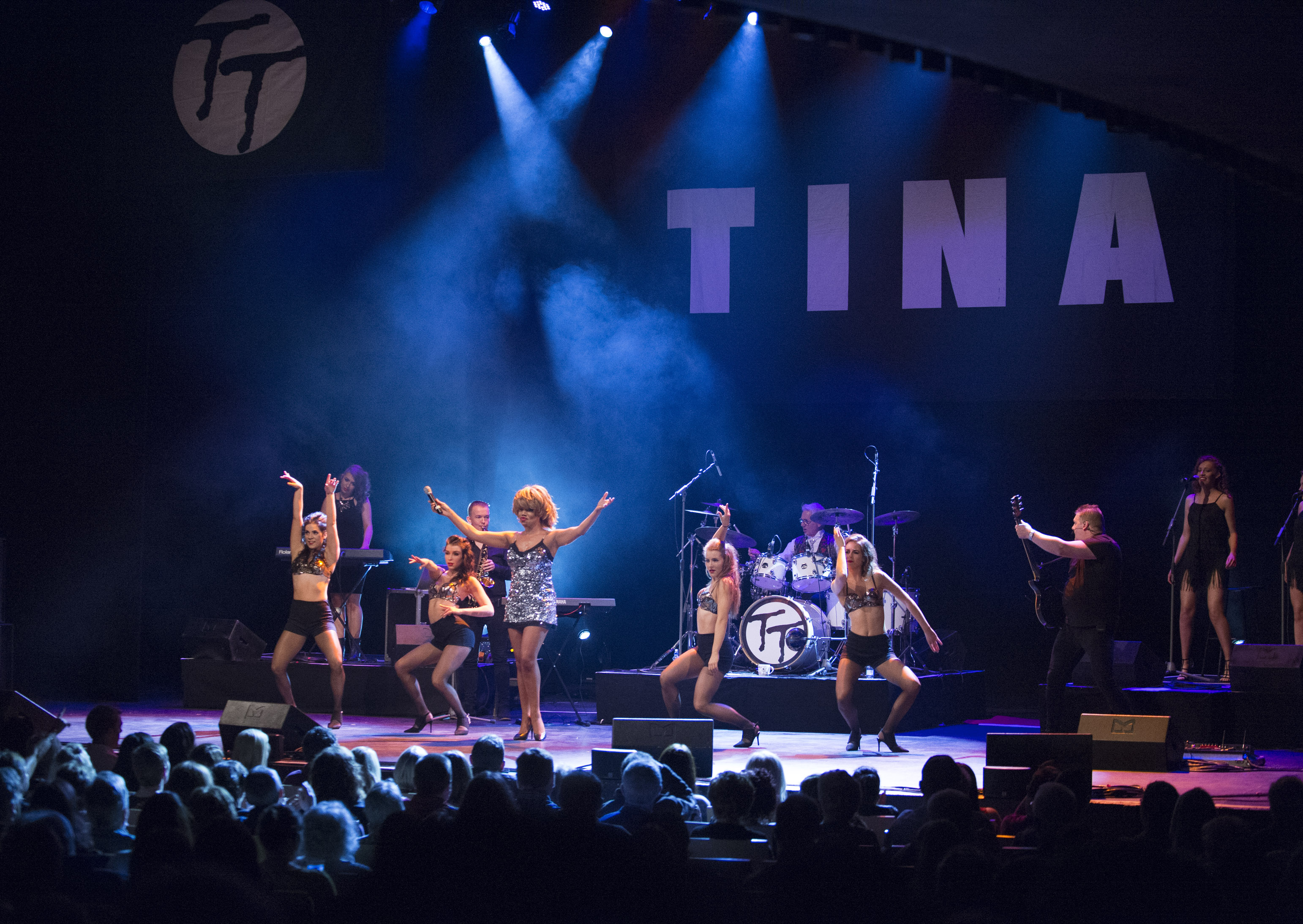 In the words of Tina Turner .... ''Rebecca is so good, she's scary... If I had her energy, I would still be touring today.'' ''This show is way beyond a tribute act...Rebecca is an amazing performer and vocalist...I was mesmerised, a night you'll never forget"... Mick Fleetwood (Fleetwood Mac) "Sensational...I thought I was watching Tina her_blank"...Vanetta Fields (original member of The Ike & Tina Turner... Ikettes.) Be prepared to stand in your seats as Rebecca O'Connor delivers her flawless rendition of the Queen of Rock-n Roll, Tina Turners greatest hits. Due to overwhelming demand Rebecca will begin her world tour in Australia for this the 2nd time in 15 months. It comes hot on the heels of her recent "standing room only" sold-out tour of South Africa and Botswana in April where audiences were astounded with her performances. (see attached review) No miming or backing tracks used in this show !! Rebecca tours with a world class band of rock musicians and her energetic sassy dancers !! This show rocks from start to finish with such iconic hits as Nutbush City Limits, Proud Mary, River Deep, Private Dancer, When the Heartache Is Over, Better Be Good To Me, and of course her anthem, Simply the Best. Tina's fans or just lovers of great music will be gob-smacked at just how incredible this show is. When she last performed in Australia, she received standing ovations at every performance, including 2 sold out shows at the fabulous Palm Room at Crown Casino. Rebecca O'Connor grew up in County Cork, Ireland and was introduced to Tina Turner’s music through her parents as a young girl. She immediately loved everything about Tina and knew most of her songs word perfect as a young girl. "When I first heard Tina it was like a volcano went off inside me. I knew then this amazing woman would influence me forever..." Rebecca's career was now in the early stages of construction. She joined her first band at 17 and incorporated Tina's songs into the bands set list. When she won a local Karaoke competition singing a Tina Turner song, her mother entered her into the European Stars in Their eyes competition and she went on to take out the title in front of over 33 million viewers. Rebecca O'Connor looks and sounds like Tina Turner on stage, but she is adamant and quotes...."There is only one Tina turner, she is absolutely amazing and I admire and respect her so much and I hope that I can bring her power, energy and magic to each and every show I perform...Most performers don't have what she has, and never will have" Tina Turner is one of the greatest live performers in music history. Her career has spanned 50 years in which she has received numerous awards including Eight Grammy's. Her combined album and single sales total approximately 180 million copies worldwide. She has sold more concert tickets than any other solo music performer in history and her achievements have led many to call her 'The Queen of Rock'n'Roll. Don't miss your chance to see Rebecca with her wild hair, sparkling mini dresses, red lipstick and stiletto heels do the undisputed Queen of Rock'n'Roll pure justice in a performance that can only be described as "Simply The Best"